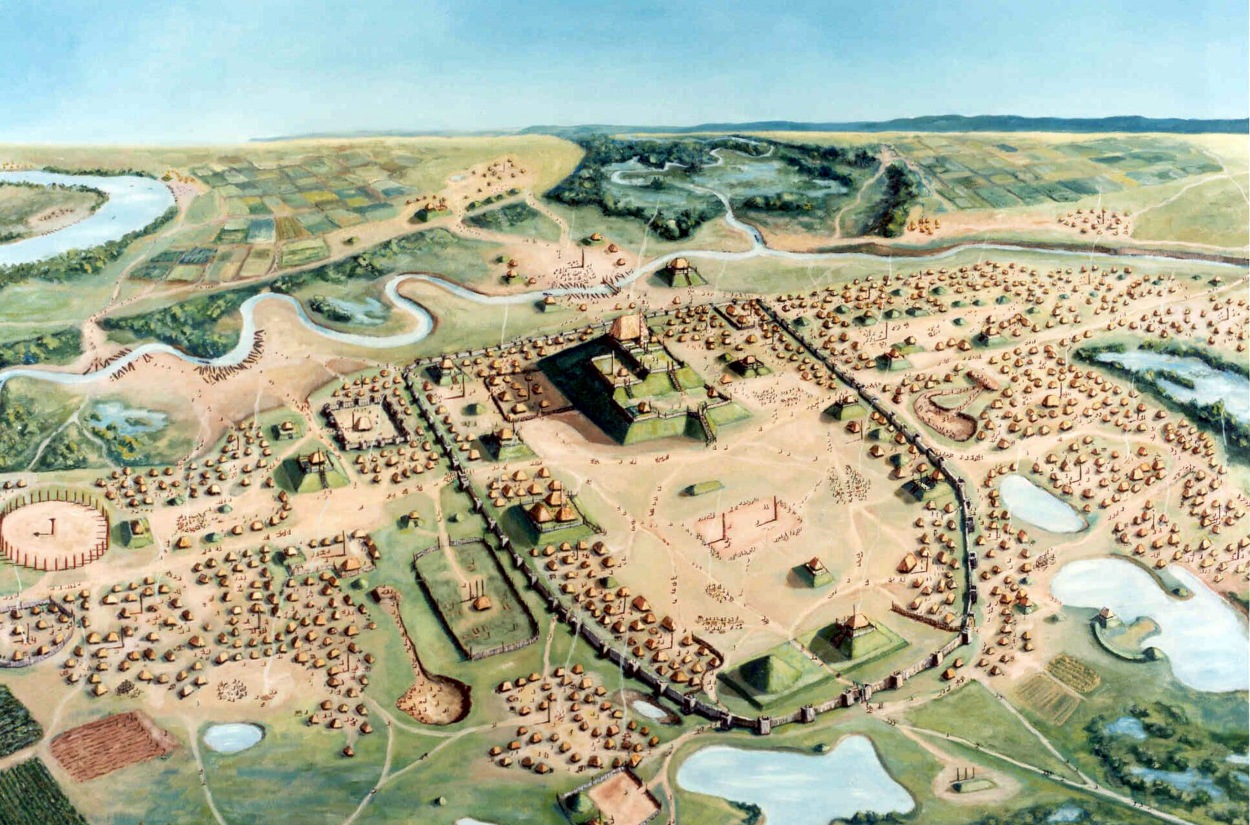 The world needs more archaeology. It needs more anthropology, more people looking at the past and discovering the great cultures that came before us, be they isolated tribes with no written record, a confederacy of villages with widespread trade networks, or a large kingdom that we think we know everything about. Archaeology reveals the human bias, telling us stories that history has glossed over or overlooked completely through the lens of self interest or ethnocentrism as the victors spun their preferred tales.

Last month I wrote an article about the importance of bringing archaeology into schools. While I am not a professional archaeologist, I have a passion for the subject and a desire to see it recognized by more people in the United States. Thus, I decided that it would be a good idea to follow my own advice and bring archaeology to the general public through the lens of someone who has participated in at least one archaeological dig. Earlier this month I did a presentation on Cahokia, a Mississippian mound builder site in modern-day Illinois. I chose this site because I have excavated there myself.

The above image is an artist’s rendition of what Cahokia would have looked like. This appears to include a palisade wall, which suggests that the rendition is of Cahokia not long before it fell.

How To: Bringing Anthropology into the Community

How does one go about setting up such an event? Nearly every town has a local library, which will have resources for setting up events. I only recently moved into the town of Medicine Bow, Wyoming, and lived in the area for several months before visiting the local library. This small building houses a relatively small collection of books, but it was nonetheless surprising to see that much effort put into a library when the town’s population is less than 300 people.

When moving into a new area, or trying to learn about one, I always recommend talking to the librarian. The local library will have at least one employee who knows everybody in town, or will know somebody who knows them. If you need to figure out how to set up an event or file a piece of paperwork, go to your librarian before you bother with the town hall. They are more likely to have the information if not the resources you need. This proved true for me when the local librarian helped me set up a presentation on Cahokia Mounds at the local senior center.

While having the event at a senior center would seem to contradict my earlier assertion that archaeology should be taught at early ages, it was the intention that people of all ages could come to the presentation. This could include teachers, local students, and people of various ages within the town. It is also important to remember that adults help foster interests in young children, and anything a child learns will stick with them more if it is reinforced at home and in their community, as well as at school.

Presentation Across Settings; How to Adapt

What is the best tool for presenting to the public? In school, Microsoft PowerPoint was my friend. I used Powerpoint for every presentation I did, in addition to a couple printed projects, such as a choose-your-own-story book and a children’s book. I generally had my PowerPoint presentation open on a big screen for the entire class to see, with interesting visuals. My signature style was to place an image behind the text as a background, rather than using a standard PowerPoint format, and professors were quite impressed by this; however, this method assumes that you will have a large screen to show others.

While it is true that many people have done presentations without technological resources, it is also true that many younger students and newer graduates have never done such a presentation, unless you count 6th grade science fair. This left me with a dilemma. My computer screen was too small to see, and I couldn’t picture parading a bunch of senior citizens in front of a small cardboard foldout like I used in science fairs. I needed a way to present information in an appealing way, getting the information across while also whetting interest in the subject. I could have given a speech, but I wanted to engage my audience. Below are three ways you can plan your presentation to get the most engagement from your audience.

Learn About Your Audience

One of the most important aspects of writing is understanding your audience. In order to write, you must know who is reading. The same goes for verbal presentations. Who are you presenting to? Are they in elementary school or high school? Is it an educated audience? In my case, the event was done through the local library, and so my audience consisted of interested library patrons and seniors who were at the center. The local librarian informed me that somebody else was doing a presentation on petroglyphs. Since petroglyphs and Cahokia mounds are both anthropological subjects related to Native American cultures, it was reasonable to expect that the interest in either presentation would be similar. While I was unable to attend, I asked the librarian about the demographics and numbers of people in attendance, so I would know what to expect for my own presentation.

I learned that my audience did not have a lot of prior knowledge on the subject, with some exceptions, and that I could expect 10-20 people or more. This meant that I would want to explain the basics without making a lot of assumptions about prior knowledge. The number of people expected also precluded the use of smaller posters or aids that they would have to crowd around to see. This led me to the decision to make smaller visual aids. Since larger aids such as huge screens were not available, I created handouts on 8 1/2 x 11 cardstock, and passed them around as I discussed the topic.

Research the Subject in Depth

While you might know a lot about your subject, and even have contributed significantly to the body of information, there is always something you don’t know. For example, you may have researched the topography of an area such that you can describe the cultural and economic implications of it on ancient cultures without thinking; however, your audience does not consist of experts on topography. Most likely some of them will want to know about other aspects which you have not researched in as much depth. While you can and should focus on the subject area that is most dear to you, your audience will also need a brief overview of the subject and perhaps even some vocabulary explanations. Start broad and narrow in on the interesting subjects.

How did this apply to my presentation? While most of what I knew about Cahokia involved the discussion of the construction of mounds, the implications of the alignment of the mounds, and the way water shaped the area, I knew that there were other aspects that would interest my audience. I began designing my presentation using the familiar PowerPoint program as a way of organizing my thoughts. First, I explained what Cahokia was in general; Cahokia is a prehistoric Native American city that consisted of many large earthen mounds aligned based on the cardinal directions. It existed from approximately 1050 A.D. to 1350 A.D.. Then, I outlined the major elements of my presentation.

What are the major aspects of the subject you are presenting? Whether you are describing a particular site, methodology, culture, or something else, you need to have a clear idea of what information is most important and interesting to your audience.

What are the major aspects of Cahokia? I decided to focus on a few key things that I thought would arouse interest:

Woodhenge: I chose to include Woodhenge, a major feature that also aligns in a particular manner based off the movements of the sun. This included some breathtaking photos.

Chunkey: Everybody enjoys games, so it seemed like a good idea to include information on a game that was played in this city. I described not only how the game was played but the political and other implications of that game.

More Information: It is always a good idea to tell people where they can find more information, in case your presentation only whets their appetite. Thus, I included a slide about the field schools in the area, as well as the museum itself.

Consult a Professional on Public Speaking

How do you get an audience involved? Most of us have struggled with this on more than one occasion, watching our viewers listlessly pretend to care about whatever subject we are presenting. Luckily for us, there are people who analyze this dynamic for a living. Forbes contributor Nick Morgan shared ten ideas for presenting to an audience without PowerPoint. While some of these resources require other technologies that are not always available, there are several ideas that appear at the top of many similar lists. The basic lists is: props, Q&A, videos, music, and flip charts. While music and video were not available, I did structure my presentation using the closest thing I had to props, and added a Q&A session.

As described in my earlier Anthropology Education article, people learn well through concrete examples and physical interaction. While adults are capable of learning abstract concepts, they still do learn better when they have physical representation of some sort. Using props keeps people engaged, but also helps them learn more.

When I first considered ideas for my presentation, I used some information from the previous presentation, on petroglyphs, to help form ideas for explaining Cahokia in a way that would catch and hold attention. One idea that I liked was presenting physical objects. After all, artifacts and features are essential to archaeology. Unfortunately, I did not have access to reproductions of artifacts, as the other presenter did, and so I settled for pictures to pass around as “props.”

Question and Answer Sessions, or Q&A, are a great way to engage the audience. In fact, 5 out of 10 suggestions in the aforementioned Forbes article were “ask audience.” Thus, rather than trying to answer every possible question, I sketched out the basics with a few interesting details, and then elaborated when somebody showed interest in a particular aspect. This is another reason why it is important to do some additional research. While it is okay to say “I don’t know,” it is always more enjoyable for you and those you are educating if you have the information they are curious about and can respond to as many questions as possible. You may be their only resource for this information.

When researching this article, I stumbled across an idea that I had not considered for my own presentation, and I would like to briefly describe this idea to you.

Create any visuals you need right there in front of the audience. No need for technology. Just a magic marker and your arm. The act of creation draws the audience in where a slide doesn’t. – Nick Morgan, forbes.com

This idea appealed to me, as it draws people in and encourages them to pay attention. They will be watching every movement as you explain your concept or story, not wanting to miss a detail. This also helps you, as a presenter, to slow down and give the information step-by-step. It can be easy to gloss over the basic details and jump to the bits you are most passionate about, but, while you may already know this stuff, your audience does not. Draw it out step by step, give them a moment to digest.

Have you done presentations for a public audience? How did you get your audience involved? Comment below to give us your take on this subject.