Your friend just created an evil-aligned tiefling rogue. He is having fun picking all your pockets and your gold steadily goes missing. Eventually he gets caught and the barbarian and the fighter kill him. You all failed the main quest because that same rogue tricked another party member into being killed by servants of the Great Beholder, before meeting his own untimely demise. Now the Beholder has taken over the world and the party members are scrambling to survive with only two of the four original party members present.

Perhaps it wasn’t an evil character. Instead, you or your friend created a chaotic good elven druid who is determined to free all animals from human influence. They released the caged wolves from the goblin cave and all your level 1 characters were severely injured by the frightened creatures (but at least the wolves are free). Then, the goblins came; you all died.

Many D&D players have experienced similar circumstances, which have led to many campaigns that don’t allow evil characters at all, along with T-shirts that say “Chaotic Stupid is not an Alignment.” Many chaotic or evil characters learn to be sneaky and careful so that they don’t destroy the party. Others, such as a rogue I created, are held in check by their family or a close friend for as long as that bond survives. The question is, can you play a character that gives in to those evil tendencies without destroying the party, or is evil the Impossible Alignment?

Today we introduce Aster, a devilish character with evil intentions. While he may not be BirdtheBard’s first character, he is the first and best serious character his player made. Aster, known to devilfolk as Vuurkind, was cast out of the Nine Hells after his father, Bel, was overthrown by a fiend called Zariel. As you may have guessed, this is not the kind of backstory a player creates on their own; however, the player is always the backbone of the character, and it is important to give a player a character they enjoy. In this case, the player wanted to play with fire.

I told him I wanted to be a pyromancer or sorts and we spitballed for a while eventually settling on red/gold draconic sorcerer since we already had an evocation wizard, but was also good to set up as a fire user. We chose tiefling for the race since they were tied to fire and their +2 to charisma really helped out with being a sorcerer. – BirdtheBard

A fire-based draconic sorcerer tiefling makes an effective pyromancer, and the fiendish heritage left space for an epic backstory. Since the player was new to roleplay and Dungeons and Dragons, the Dungeon Master helped a lot with this character. This means there was a lot of leeway to create an interesting backstory without trying to figure out whether it would fit a plot or setting that the character didn’t know about yet.

Image: Vuurkind with Dragon in Background

Having been cast out from the Nine Hells and essentially removed from this aspect of his ancestry, this tiefling began investigating his draconic ancestry and harnessing the power that came from it. From the beginning, he had the definitive goal of finding a way to return to Avernus, where Vuurkind could challenge Zariel and claim his father’s former domain.

With the Dungeon Master’s help, BirdtheBard had a character with a deep and dramatic backstory. He had a goal and was tied into the world in which he adventured. Now, all he had to do was play his character in a way that did justice to the backstory. Since this character was descended from a ruler, he naturally had a noble bearing. This, combined with his infernal heritage and hellish upbringing, meant that he did not hesitate to use the magic that was twined into his everyday life.

When I was first playing him, I was unsure of what to do for roleplay so I often toyed around with my cantrips, which meant that I would often have Aster prestidigitate clean his surroundings or his clothes, which became a running joke that he was a neat freak. It kind of helped with keeping up a disarming appearance to the others since he seemed obsessive with cleaning. – BirdtheBard

That might not be what we expected when we asked for colorful roleplay, but it has the right effect. Like many first-time sorcerers, Aster fiddled with cantrips and used them for everything he could think of, even things he could easily do himself. This type of roleplaying lends an air of nobility in the sense that the character does not do little things himself. Vuurkind certainly didn’t do his own laundry, at least not by hand.

While this neatness gave a sense of nobility and steeped the character in magical mystery for those who did not know Aster’s true name, it was only one dimension of the character. Now we revisit the question; can you stay true to your evil nature without destroying the party or derailing the campaign?

Vuurkind, newly cast out of the Nine Hells and practicing his cantrips, was ready to meet his future companions. The group had a unique makeup, consisting of twin tieflings (one assassin and one sorcerer), a half-orc champion fighter, a grimlock evocation wizard, and a protector aasimar moon druid. While one might see how an assassin would tolerate an evil character in their midst, it seems impossible for an aasimar druid, at the least, to tolerate high levels of mischief or immorality. All the characters in the party were good-aligned, except for the chaotic neutral half-orc.

How does one commit evil deeds while traveling with a party of good people? The answer is, the good guys aren’t paying attention. During that campaign, Vuurkind converted an orphanage to worship Asmodeus, enslaved and sold a goblin tribe to a city, and collected a kobold worshiper who believed he was a dark god. He extorted and threatened multiple NPCs to achieve his goals, and personally caused harm to several members of his group. 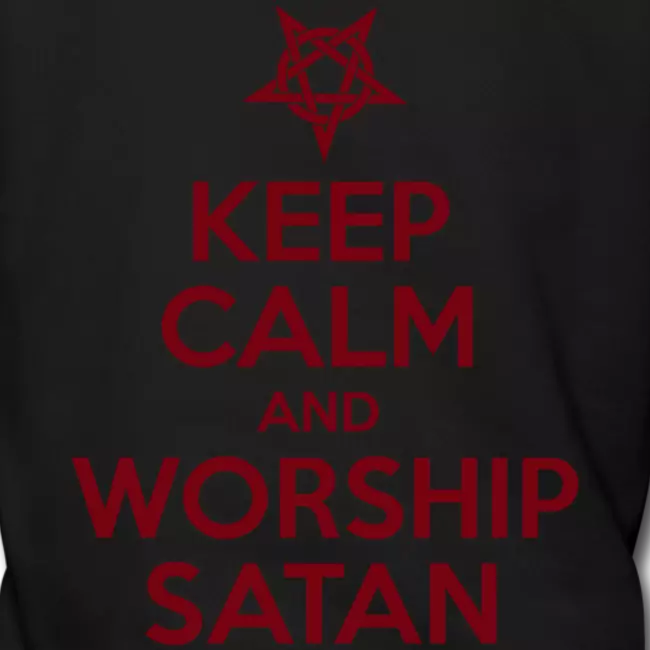 His actions resulted in the aasimar falling from grace and abandoning his lover for a nymph. The wizard’s adopted son followed Aster’s advice, studying necromancy and later becoming a lich. Under the guise of good intentions, he reunited the tieflings with ancestor, an evil black dragon that wanted the twins dead. Through this all, the characters were unaware of Aster’s evil tendencies and identity as Vuurkind Belsson.

Then, the party encountered an object that revealed Aster’s true identity. After realizing that Aster would one day become an evil ruler, they confronted him; however, he was able to convince them that changing the future would destroy the world, and so Aster’s party members became body guards to the supreme ruler.

It was only when we encountered a magic artifact that thrust us into the future that the party found out that I was evil, since in the future I was supreme ruler of the world, or what was left of it after I brutally conquered it. Ruling over it all with an iron fist. And yet, even then, the party didn’t turn on me, because I somehow convinced them that if I were to die now, then the future, where we were would cease to exist, and they would all be thrown into the void of nothingness, which made them begruginly become my body guards. – BirdtheBard

Now we have to ask, did BirdtheBard succeed in creating the elusive evil-PC-that-doesn’t-destroy-the-party? To answer this question, we must look at it from a couple different perspectives. Did BirdtheBard like his character? Did the players have fun? Did the campaign derail?

While I was unable to interview the other players in the campaign, BirdtheBard does not feel as if his character caused problems with the game, though of course he caused trouble in the game world when he recruited evil followers and took over the world. The NPCs might not have been happy, but the players seemed to have fun.

I feel like I really was able to play a good evil character. I often hear horror stories about people having a character in their group who was evil and totally derailed the game or caused a lot of infighting both between PCs and players alike. I never really had that issue, even after the party and the other players found out. – BirdtheBard

Overall, this character might have upset the game world, but all the players had fun, and that is the purpose of a D&D game. My conclusion: You can play an evil character right. Below are some tips on playing an evil character, provided by BirdtheBard, the first player I have met who played an evil character with true success.

How to Roleplay Evil:

Strike a balance between what you will do, and what you won’t. You can’t be indiscriminately evil, or you loose your allies, especially if you turn against them often.

Evil is done in the dark for a reason. – BirdtheBard

You should be good with words. If you are nice or apologetic, you get away with a lot more. Essentially, the other characters need to think you’re good.

2: Prepare Ahead of Time

Think ahead. Otherwise, you can get caught in your own web, so to speak. Plan your moves with a goal in mind.

3: Help Others Achieve Their Goals

When I brought the black dragon to the tiefling twins, I knew they wouldn’t be happy. So after I got the info I wanted from the dragon I helped the party murder the black dragon. When confronted about it I told them that I did it to help the twins face their fears since they were always running, as well as to get rid of the evil they were running from. Unbeknownst to them they also ended up helping me tie up loose ends by offing the only being who knew of my deceit at the time. In the end, not only did I get what I wanted, but I also helped conclude the personal quest for the twins. – BirdtheBard

Helping others out convinces them that you are good. People typically focus on how something affects them, so make sure other players have something to focus on. Evil characters can do “good” deeds; they just do those deeds for selfish reasons. While others think you have done them a kindness, you walk away with the rewards you sought, even if those rewards are the trust of important PCs who will help you later.

Question of the Week: Have you come across an evil character that was played well, whether it was your character or one belonging to a group member? How did they get away with it?

Who was your first character? Who was your best or your worst character? Message me on Facebook, send feedback in the Contact Us form, or email standishwrites@gmail.com if you’d like me to write a post on it. I am always looking for new stories, and if you enjoyed this article, chances are others will enjoy your character’s story.

One thought on “First, Best, and Worst Characters: Vuurkind of the Nine Hells”