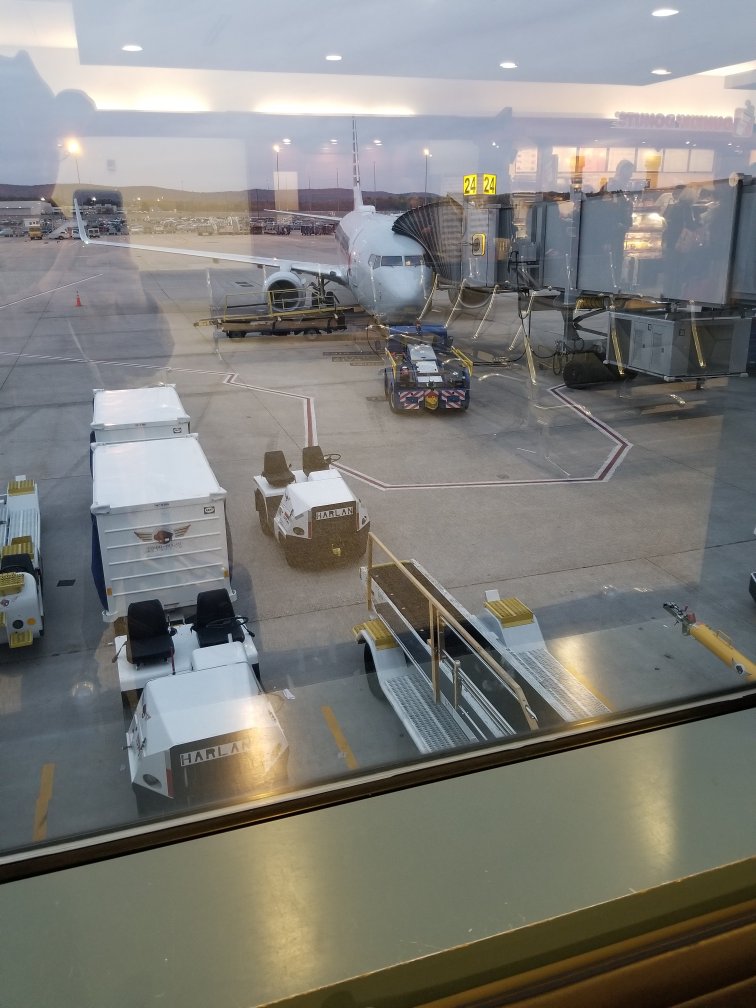 Some of you may have heard of the bomb threat to Bradley International Airport (BDL) on the 22nd of October. Above is a picture of the plane just before boarding for the first time.

Passengers had already begun boarding the plane. As part of Group 9, the last group to board, I overheard State Troopers talking to the gate agents, asking if they should get people off the plane or keep boarding. As I began to board the plane, we were finally asked to disembark and directed to remain in the gate area.

As I returned to the gate, I saw people with Homeland Security written on their jackets, along with the State Troopers and their two dogs who had been there as we boarded. We sat in the gate area as directed and were updated regularly by the airport staff. At this time, I sat in the gate area with my luggage as close as possible to allow the police dogs to weave in between passengers and sniff at any luggage they needed to.

After receiving a text that pushed our boarding time back an hour, I was sent a text and given a card to help me reschedule my connecting flight for free. Unfortunately, I lost my seating choice and was assigned to a middle seat. I would be lucky enough to get a window seat anyway, as described later on.

As I rescheduled my flight, the police dogs made their way to the plane, unloading bags and laying them out in rows. After having the dogs smell each bag, they separated three bags from the rest. While we watched and some waiting passengers took pictures, several names were called to the gate agent. Some of us speculated that they were the people whose bags were set aside to be left at the airport.

After two more texts delaying our departure, we finally began boarding 2 hours after our scheduled departure time. Some passengers on sightseeing missions considered staying behind. However, the captain later joked about the twice-inspected plane being the safest he had been on. 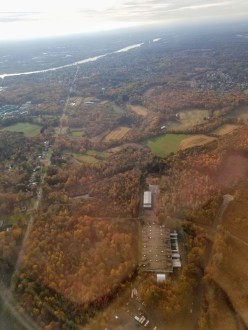 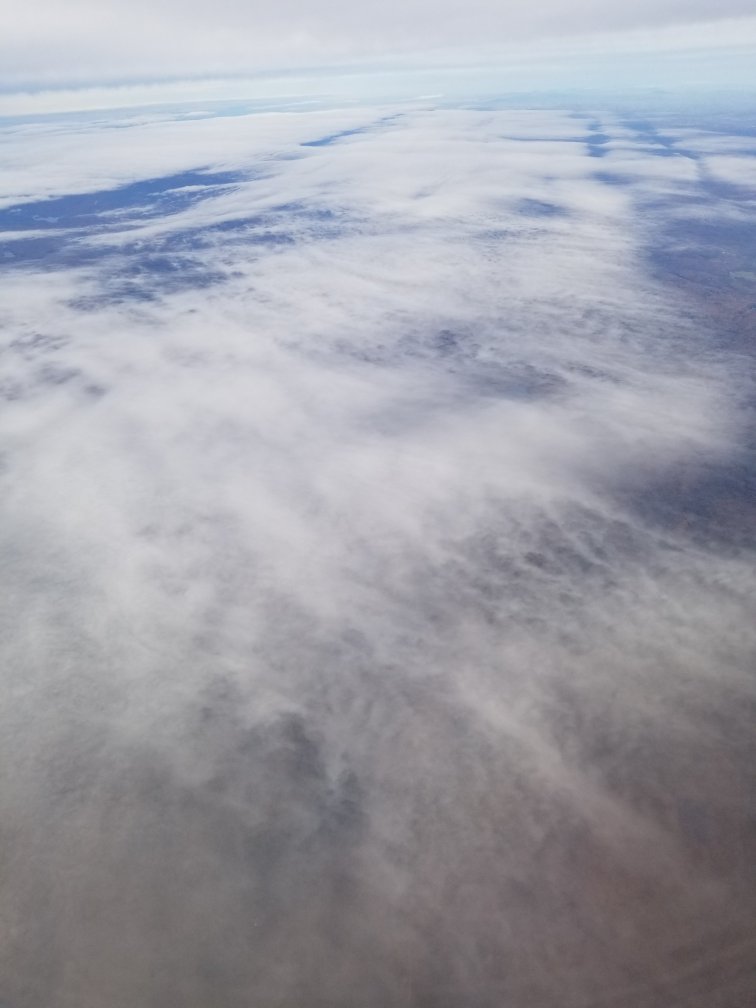 Cloudy Sky just below the plane.

After arriving at my layover in Chicago, I rushed to my nearby gate since the delay had taken up part of my rescheduled layover. The 20 minutes I allotted was just enough time to use the bathroom and joke with some American Airlines representatives curious about my Western hat. Naturally, they had expected a Texas accent when they saw the hat.

Having had a window seat on the previous flight, I was prepared for the middle seat and the lack of a breathtaking view. Instead, I was asked to switch seats and ended up in the window seat I so desired. The couple I shared the row with had reserved seats with one seat between them for extra space, hoping that the middle seat would not be reserved. Lucky for me, the woman next to the window wished to sit by her husband on his birthday more than she wanted a window seat. Happy birthday, Flight AA2805 passenger!

And so ends the adventures of a Flight AA2805 passenger. Thank you to American Airlines and the State Troopers for ensuring we were safe and keeping us updated the entire time.