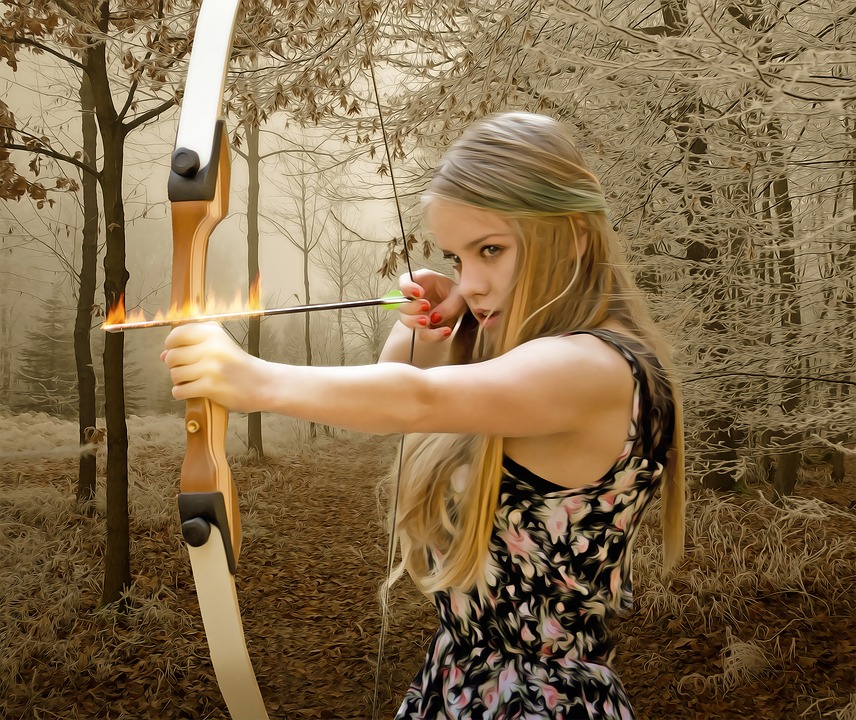 Welcome back to this week’s First, Best, and Worst Characters’ series. Today we are exploring the character Mulan Illuskan. You might recognize those two names, as they are in fact the names of two of the ethnicities mentioned for humans in the 5e Player’s Handbook. With one of the first characters we explored, Bruenor Frostbeard,we found that he also had a name that came directly from the Player’s Handbook. In Bruenor’s case, this was a bit of a coincidence. In Mulan’s case, she took the two names from the names of human ethnicities, exactly as it appeared she did.

When we create a new character, we often think about what our character is at their core. Are they mischievous or strict? Are they silly or quick-tempered? Do they love nature or people and civilization? Thus, we ask ourselves, who did this player have in mind when they created Mulan? The players answer: A ranger. She always loved the idea of a ranger, and so it was natural to build this character around that fledgling concept.

What is so great about a ranger? A ranger is a versatile class, and allows one to play a PC who is more in tune with nature. This, of course, neglects the most interesting aspect of a ranger for many people; rangers have an animal companion. I have often thought of a ranger as being similar to a fighter, but with an almost druidic connection to the natural world. While a druid can become nature through their wild shape ability, a ranger espouses nature through their association with and animal companion.

You might have guessed that Mulan is human. After all, her player is used to being human, so she figured she would know how to be human in a game, as well. Her name originates from her ethnicity, in which one parent was Mulan and the other was Illuskan. The interesting part of this was her backstory, in which she was not raised by either parent. Young Mulan was in fact cursed as a child, such that she no longer resembled a human being, Instead, she looked like a fox.

As a result of this curse, her parents abandoned her and she was raised by Tieflings in the wild. This story is probably starting to seem quite bizarre now, but, don’t worry, I’ll explain how the fox-human-adopted-by-tieflings storyline came to be. There is a reason for everything. First , the players liked foxes and the idea of looking foxlike, so she gave her a foxlike appearance that didn’t really affect her stats, such as a tail and fox-ears. For the most part, she actually looked like a human with a couple fox features.

A Fox and a Tiefling Walk into a School

Where do the tieflings come in? One of the characters Mulan was playing with was Anakis, a tielfing who was the subject of our the first article in this series, The Rise and Fall of Anakis. Knowing this, she wanted to create a connection to tieflings in her backstory. Since tieflings are often outcasts, it made sense to connect them with another strange-looking outcast, shunned by human society. As a ranged while was raised in the wilds, she was naturally an outlander.

The campaign they were playing in began with several people arriving at a school of sorts for training. Since Mulan already had all the training she desired, she needed a reason to go to the school. This is where the tiefling, Anakis, really comes in. Anakis was a chaotic evil rogue criminal with a thief archetype. While Mulan’s upbringing might have caused her to befriend a tiefling she met in the wilds, this seemed too kind for both Mulan and Anakis. Instead, she turned to the outlander origin for inspiration, making Mulan a bounty hunter who was chasing Anakis.

The two arrived at the school close together, but by the time Mulan might have tried to capture her quarry, the two had grown inexplicably close. They shared moments which their other companions didn’t understand, such as raiding their master’s cellar for alcohol. Mulan might have had a little bit of a rogue in her, as well. She was certainly in tune with her uncivilized nature.

The Heart of Mulan

Who was Mulan at heart? Was she a rugged outlander? Did she have a soft spot for tieflings, or a roguish side? This player wanted to create a character whose capabilities and personality were greatly different from her own. Keeping this in mind, she tried to create an outgoing character, though Mulan was certainly a lone wolf, as well. The young ranger was a capable young woman, living on her own at a young age, and she had to be able to make her own decisions with confidence.

That confidence nearly destroyed Mulan on many ocassions, as she tended to rush into the forefront of battle. One instance was memorable due to the sheer number of critical failures involved, and the number of them that directly harmed Mulan. During their first battle as part of their training, the characters fought some giant rats in a cellar. Mulan hopped over a row of crates and began fighting the rats while two archers fired at them from atop the crates. Naturally, each archer rolled a natural one, accidentally catching Mulan in the crossfire. Meanwhile, two giant rats gnawed at her.

Later, that confidence reared its head again when she and her companions scaled a cliff while fighting flying snakes. She climbed up the cliff side a good 60 feet ahead of her companions and was cut off from the group. This confidence may have been part of her outgoing nature, and her combat versatility may be what kept her alive.

Currently, Mulan resides in the mansion she inherited from her master, having fallen into a coma when her player left the campaign. Interestingly enough, we see evidence here that her later affection for Anakis was not one sided. When Mulan fell ill, Anakis was the one who arranged for her safe return to the mansion.

What to Do and What Never to Do Again

Mulan had many interesting aspects to her, but one excited this player beyond any story component she created. She loved Mulan’s unique weapons. When thinking of unique weapons, one might be inclined to think of monks, who often have unique names and versions of weapons in their monastic order. This ranger also had a knack for customizing weapons.

One example of such a weapon was a staff that combined with a bow, and a quarterstaff that split into two separate staffs. These made combat interesting, and lent some character to this character.

This player’s primary regret was not fleshing out Mulan’s background more. It is true that we never learned just who Mulan’s parents were, and whether her adoptive family was still alive. While it is an interesting story, it is somewhat vague in places. She did not have as many characteristics as her player would have liked, though perhaps those will develop as time goes on.

For myself, I might suggest that some of Mulan’s battle encounters hold a lesson for everyone. Mulan was a character designed for distant fighting more so than not, and had a habit of rushing into the thick of things. My advice is to play to your character’s strengths, cliche as that is. Mulan rushed into melee when she was a ranged warrior, and almost died; however she didn’t. Thus, my second piece of advice is: if you are going to do something bold, make sure you can back it up. A previous character, Anakis, made a bold attempt to rob her group members, and proved she could not back it up when the group members killed her.

If you are going to be bold, be Mulan bold, not Anakis bold.

Do you have an interesting story? Feel free to leave your story in the comments, message me on facebook, go to the Contact Us page of this site, or email standishwrites@gmail.com if you’d like me to write a post on it. I am always looking for new stories, and other people might enjoy yours!